In early sixteenth-century Venice, cultural interaction and exchange of ideas between musicians, painters, writers, humanists and patrons opened grounds for cultural innovation and experimentation. Concomitantly, the emergent printing business offered opportunities for self- fashioning and dispersed new artistic ideals to a much wider public. Silvestro Ganassi’s Opera Intitulata Fontegara (Venice 1535) embodies many of these aspects. The first printed tutoring treatise of the century offers valuable information on recorder technique and it grants an insight into the practice of instrumental and vocal ornamentation. Additionally, it is a fabulous example of the beneficial interaction between the author and his cultural milieu, resulting in the crafting of a unique musical style in direct emulation of two ancient Greek sources that were donated by Cardinal Bessarion to the city of Venice. The identification of Fontegara’s models sheds new light on the discussion regarding the impact of ancient (musical) sources on sixteenth-century music. Ganassi’s unique approach to ornamentation and instrumental technique reveals his engagement in the on- going artistic debates regarding paragone, imitation of nature and of the human voice and, in particular, the imitation of speech (imitar il parlar). Significantly, Ganassi’s treatise promotes a paradigm shift of instrumental practice that moves away from the limitations of the traditional manual craftmanship. The testimonies of Pietro Aretino, Paolo Pino, Ludovico Dolce and Francesco Sansovino, as well as Ganassi’s high-profile patrons, evince that he was indeed valued as a musician, painter and “divine philosopher”, consequently altering our current understanding of the social and cultural status of sixteenth-century instrumentalists. 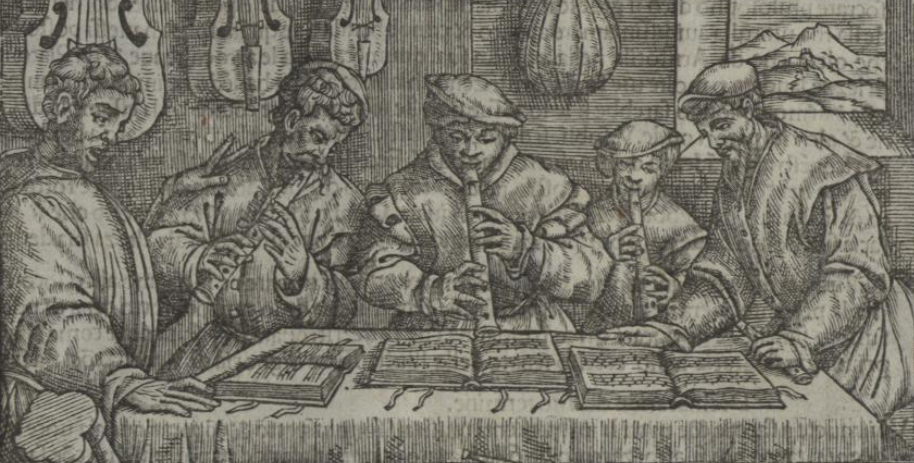 Mirroring Ganassi’s interdisciplinary milieu, the present workshop aims to discuss various aspects relevant to the early sixteenth-century Venetian artistic and musical output, focusing on instances in which the exchange of ideas and interdisciplinary interactions might have served as an impulse to cultural innovation. Are there parallels to be traced between, on the one hand, the innovative early madrigal style and Bembo’s Questione della lingua and, on the other, the instrumental ornamentation style and the proposed goal of Fontegara: to imitate speech? If so, what are the consequences for the definition of the repertoire suitable for Ganassi’s diminutions? What can be said of the specific function of the artistic paragone and the “imitation of nature” arguments in the Cinquecento writings on music? Did the specific significance of “imitation of the human voice” shift throughout the sixteenth century and, if so, what are the consequences for our understanding of the so-called emancipation of instrumental music from vocal models? How can the flourishing of printed instrumental tutors in the sixteenth and seventeenth century be best understood: mere methodological writings, a codification of improvised practice or a clever manipulation of the emergent printing business? Are there other instances in which the ancient sources belonging to Bessarion’s collection functioned as propeller of cultural innovation?

Last but not least, the workshop promotes the interaction between scholarly research and historically informed performance practice and, for that reason, it aims to include a musical performance of Ganassi’s diminutions, demonstrating that the exchange of ideas can lead to an innovative review of our understanding of sixteenth-century music.

Practical information
Applications for 30-minute long papers should include: a paper abstract (max. 300 words), contact details and a short CV.
Please send your paper to secretary@knir.it and include the title of the workshop in the subject line of the email application.

The workshop welcomes papers from scholars and practitioners from several disciplines, with particular interest on music, visual arts, literature and book printing in early sixteenth-century Venice. 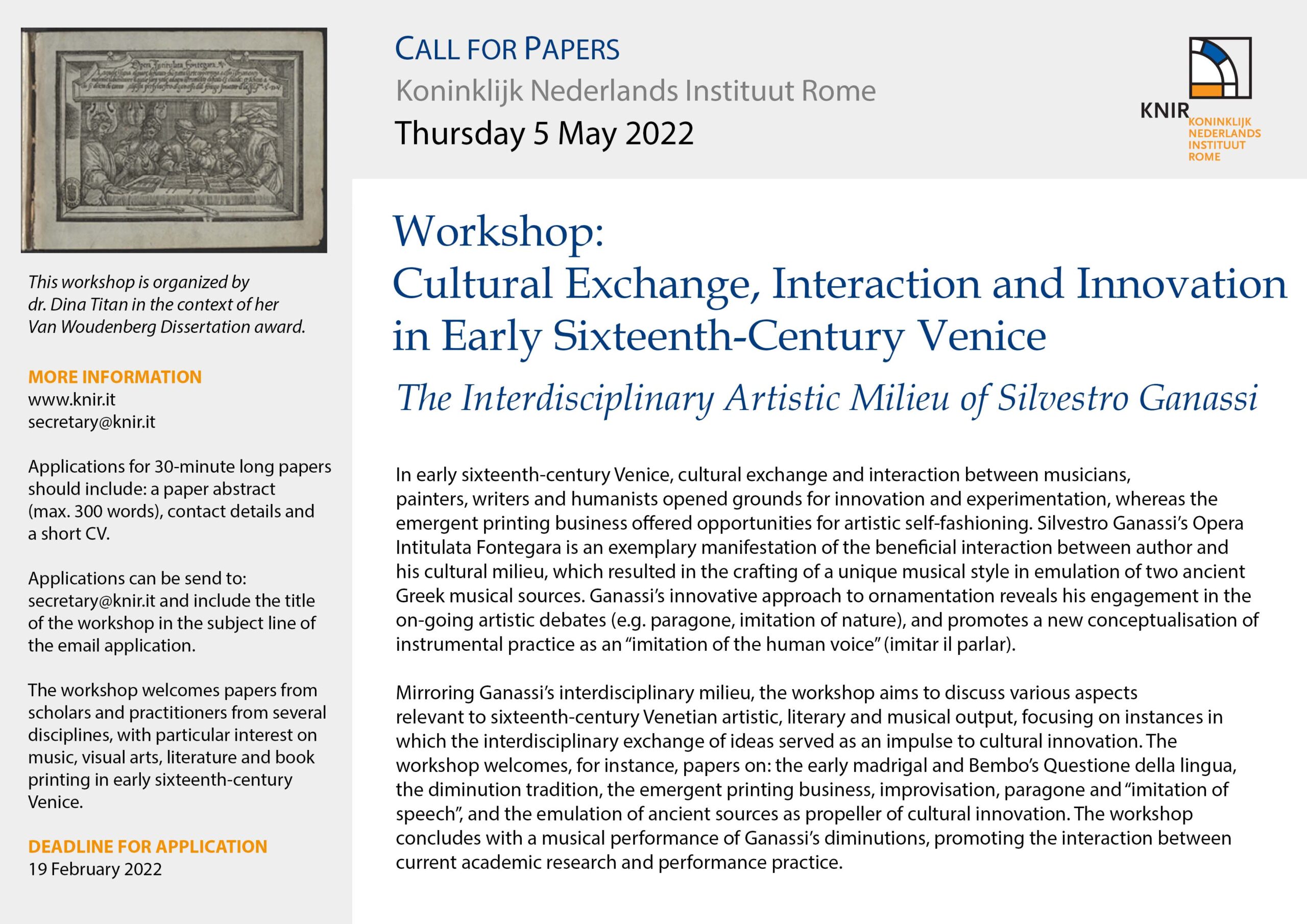