The Tappino Area Archaeological Project aims to map and analyze ancient settlement patterns and dynamics in a small valley in Central-Southern Italy, in modern Molise (province of Campobasso). The first sites in the area date to the Bronze Age. In the Iron Age to Classical period, the area was reportedly inhabited by the Italic tribe of the Samnites. The area was subsequently incorporated by the expanding Roman empire, and also shows a rich archaeological record for the Late Antique and Medieval period. The project makes use of a combination of different intensive systematic field survey methods, and various remote sensing techniques among which prominently geophysical research and aerial archaeology.

Our fieldwork in the Tappino Valley aims to contribute to our understanding of the ways the inland and mountainous area of ancient Samnium was settled and cultivated in antiquity. The project thus contributes to the study of societal organization and settlement patterns in the Samnite, Italic world, with specific attention for the role or hill forts and sanctuaries within the settlement system.

In addition, the data generated by this project are used in a comparative analysis of areas that were colonized by Rome and those that were not. In order to test hypotheses about the settlement organization that was associated with Roman colonization, the data collected in the vicinity of the colony of Aesernia, established by the Romans in 263 BC, are being compared to the field survey results of the Tappino Area Archaeological Project, which is carried out in an area where the Romans initially did not interfere in such a direct way.

The Tappino project focuses on the area around the Tappino river in Central‐Southern Italy, in modern Molise, mainly in the municipalities of Jelsi, Gildone, S. Giovanni in Galdo, Cercemaggiore, Campodipietra, Toro, Riccia, Campolieto, and Matrice (province of Campobasso). The area is mostly characterized by a beautiful landscape of rolling hills with a high proportion of arable land (figs. 1 and 3). It includes the sanctuaries of Colle Rimontato, San Giovanni in Galdo and Cupa, Gildone, and the hill fort of the Montagna di Gildone.

A series of sample areas has been selected, using stratified-random sampling techniques, in order to cover a wide variety of geomorphological, ecological, and cultural zones. These areas are investigated through intensive field survey, with collection of site and off-site material. Field teams generally consist of 5 persons who walk at a 10 m distance from one another, resulting in a 20% coverage of each unit. In addition, a selection of sites is further investigated through detailed intra-site study, using a high-resolution, gridded point sampling technique (combined with superficial topsoil cleaning where necessary) and various remote sensing techniques, in order to get a better understanding of the spatial layout and internal structuring of our survey sites. Finally, analysis of historical aerial photography, new drone photos and Lidar data adds significantly to our understanding of the landscape and individual sites.

Field work is carried out each year in one or more field campaigns by an enthusiastic international team of scholars and students. In addition to an intimate knowledge of the landscape and its archaeology, they also get to know our friends in the local community of Jelsi, and the amazing food and wines of Molise and Italy. 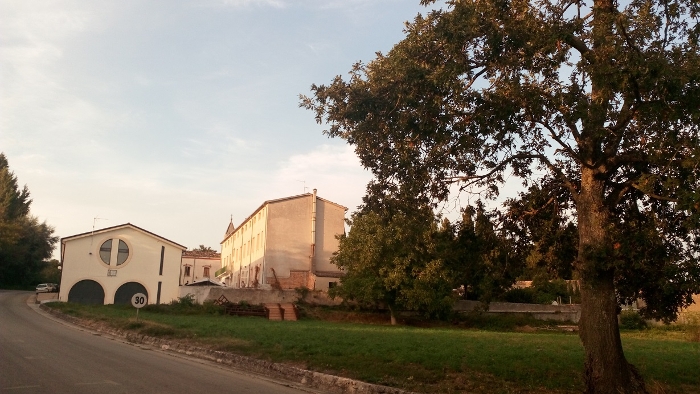 The Centro Didattico Internazionale di Studi Archeologici di Jelsi, located in a former convent just outside the town of Jelsi, is our home base during field and study campaigns 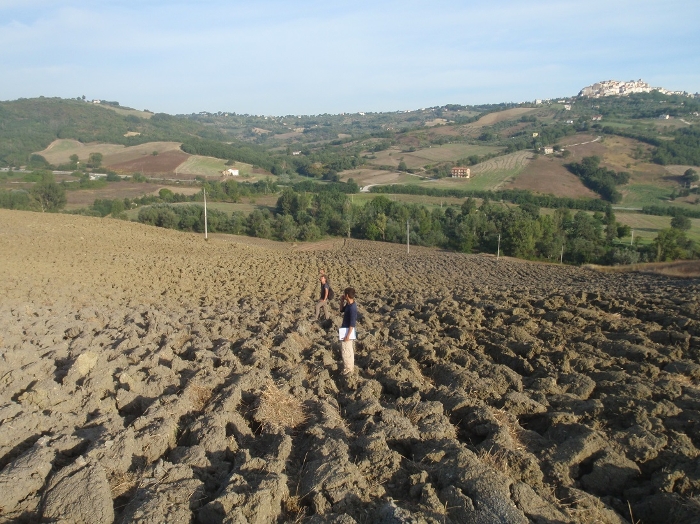 A survey team in action in the Tappino area 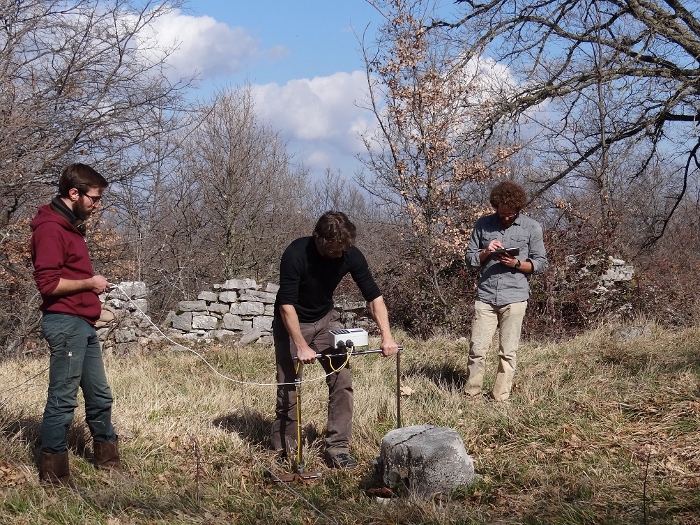 Geophysical prospection (georesistivity). Some members of the project in action 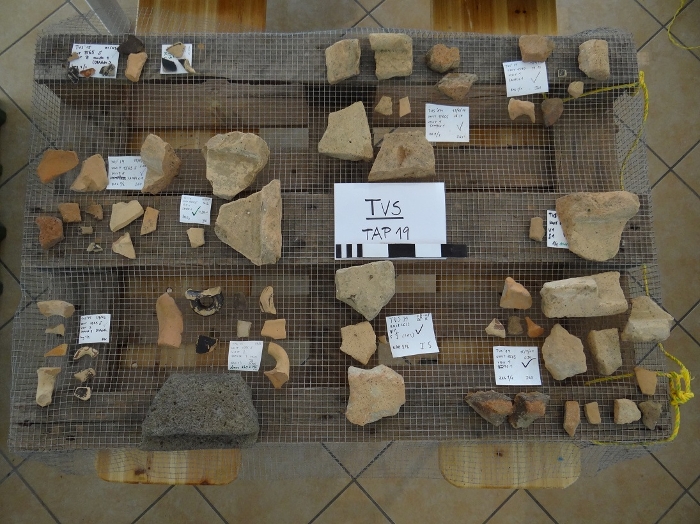 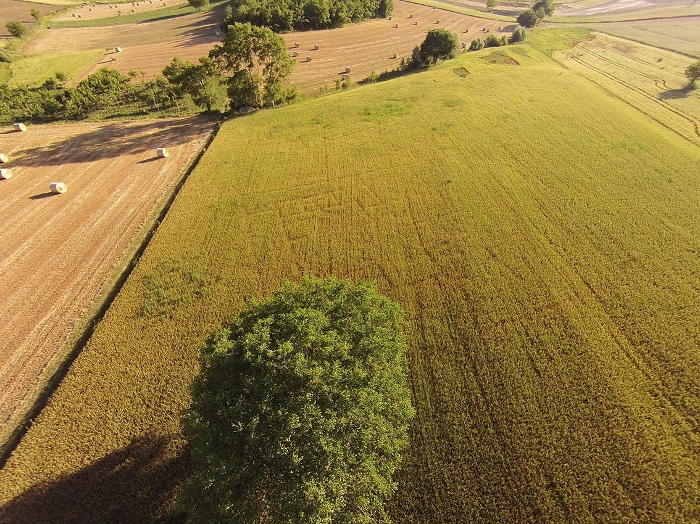