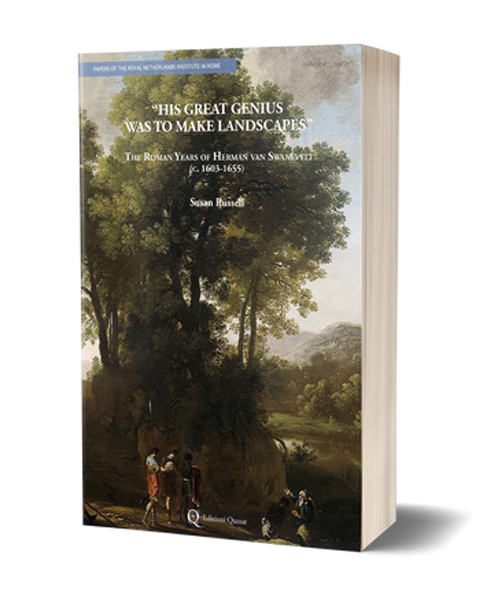 Between c. 1629 and 1641, the Dutch-born Herman van Swanevelt lived and worked in Rome. Here he developed into a highly successfull landscape painter, a leader in the new genre of the pastoral landscape. Swanevelt created a novel form of backlighting and atmospheric effects that were particulary successful in evoking meteorological states and times of the day. In this respect, his paintings were similar to, but developed independently from, the landscapes of Claude Lorrain. His work was in high demand amongst important Roman patrons throughout the 1630s, such as the Barberini and the Pamphili families. Simultaneously, he became an accomplished printmarker, making etching that record Rome’s countryside and monuments. He left Rome in 1641 for Paris, where his imported Italian manner was equally successful with patrons and emulated by other artists. This book concentrates on the paintings and prints he made during his years in Rome in the context of the city’s artistic, social, religious and cultural environment. An analysis of the style, iconography and meaning of his Roman works, their inspiration in Roman art and theory, his artistic connections, his patrons and collectors are all brought to bear on an understanding of his achievements and legacy.