Trained in Classics and in English, I received my B.A. from the University of Pittsburgh. As a part of my undergraduate degree, I attended Stanford University’s Intercollegiate Center for Classical Studies in Rome. During that time I was able to use and appreciate many of Rome’s foreign academy libraries.

My work experience in libraries is varied. After completing the Vatican Library School, I had the opportunity to work for several foreign institutes, including the Swedish Research Institute in Istanbul. I also worked in Rome as substitute librarian or as cataloger in retrospective conversion in institutions such as the Vatican Library, various Nordic institutes, the American Academy and the British School.

My library vocation actually began much earlier, however. In the United States I was employed in various capacities for the Carnegie Library System in Pittsburgh, Pennsylvania and for the Andrew Carnegie Free Library in Carnegie, Pennsylvania. Afterwards, I  worked as librarian in an international school in Rome. Throughout my career, I have also had the opportunity to teach and write about library science.

As the KNIR is a relatively small institute, workers here carry out various duties. I have not only been responsible for the library at the institute but have also been involved in the IT and some HR tasks.

As the KNIR collaborates with other academies and institutions, I have participated in local and international projects.  Besides representing the KNIR in  URBS and URBIS in Rome, I also promote the KNIR in STCN, USTC, AIB, IFLA, CERL Provenance Digital Archive and, together with URBS, in OCLC and Art Libraries Group. I also stay in close contact with the Rijksuniversiteit Groningen Library and its staff. 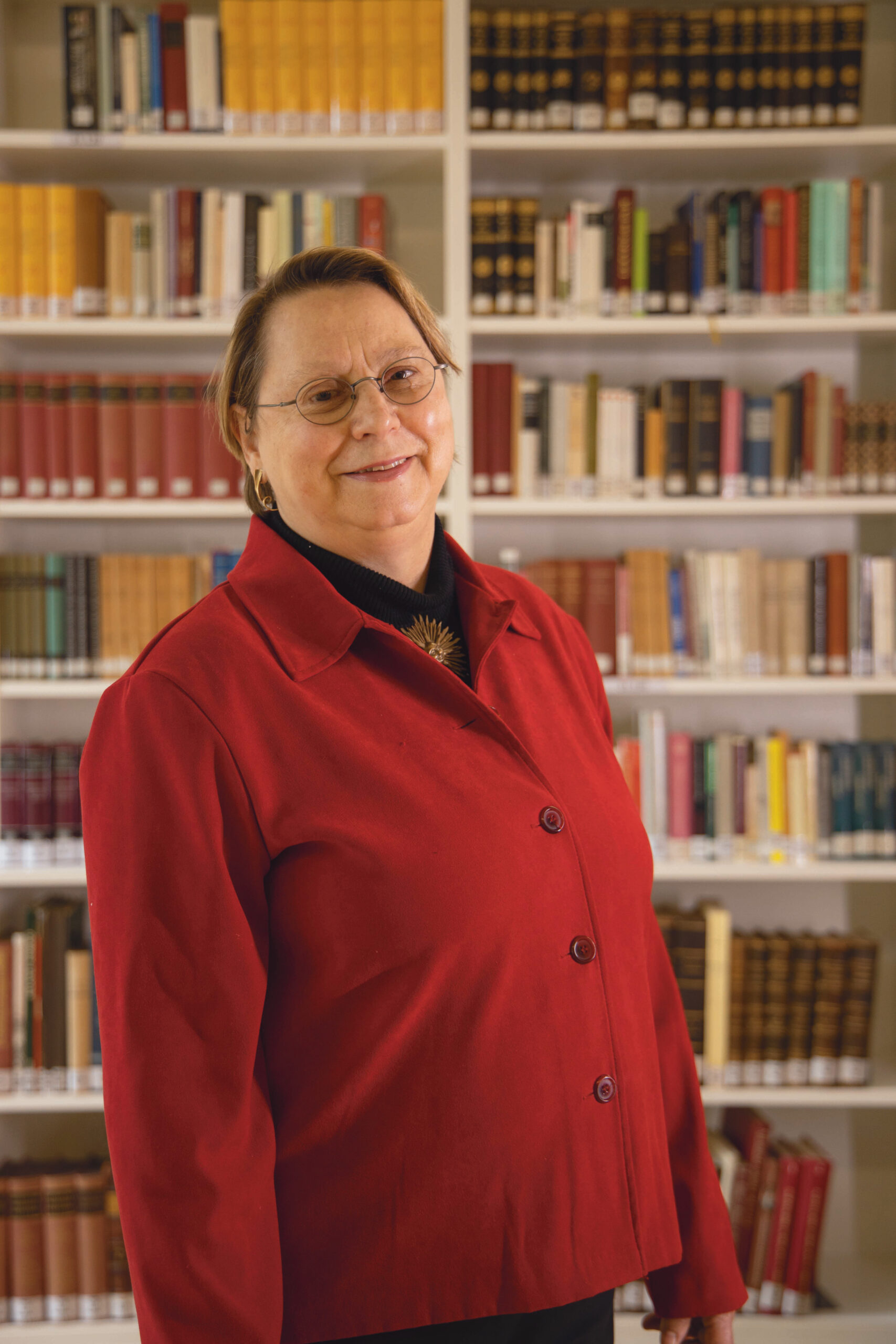