Maaike Schoorel was the KNIR Artist-in-Residence from December 1, 2015 till February 29, 2016. She was the first artist to be selected in a program generously supported by the Akademie van Kunsten at the Dutch Royal Academy of the Arts and Sciences (KNAW).

Maaike Schoorel is an internationally acclaimed artist interested in the mind’s capacity for perception and visual understanding. She has reflected upon the mechanisms of the mind’s eye long and hard: concentrating on how the object stimulates the senses and how what we see takes form and triggers certain associations, visual and otherwise. Thus, her paintings demand very close looking, a process of give and take, a step by step unraveling of visual cues. While grounded in rigorous intellectual analysis, her paintings are lush and painterly. Apparently monochromatic from a distance, they slowly reveal their internal fireworks, smoldering phosphorescences that slowly come together, depending on how you look at them, and then fade way.

Maaike Schoorel (1973) has studied at the Gerrit Rietveld Academy in Amsterdam and at the Royal College of Art in London. She also spent time in New York in 2013 as part of the International Studio and Curatorial Program. She has upcoming solo shows across the globe: a major retrospective at the Gemeente Museum in Den Haag, a focused project of recent work at the Fondazione Memmo in Rome, and a show at Marc Foxx in Los Angeles. Her work will also be included in the Sydney Biennial in March of 2016. In addition, she is working on a book project with Rome-based curatorial platform and publishers Cura. Her paintings are the subject of several publications and are included in many important public and private collections, including the Stedelijk Museum in Amsterdam, the LA County Museum, the Saatchi Gallery in London and La Gaia Fondazione in Busca, in Italy. 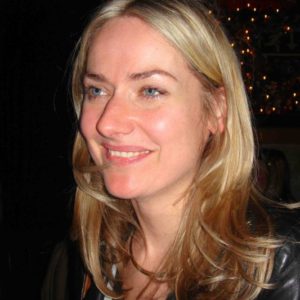