American Things Reduced into Art: Epistemologies and Politics of Knowledge Appropriation in the 16th Century 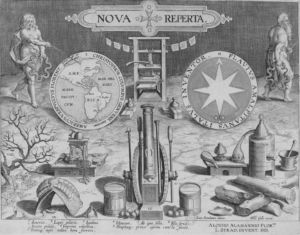 In this presentation, Samir Boumediene will discuss past research devoted to the history of medicinal plants in Spanish America as well as a project he is currently conducting on the concept of discovery in early modern Europe. By addressing these two themes together, one specific and situated, the other more global, he will attempt to address three questions. The first is to understand how the conquest of America implied the emergence of a particular type of conquest with knowledge as its object. The second will consist in showing how this appropriation of knowledge concerned a certain type of realities called “things”. The last one, finally, will show how this appropriation modified the relationship to time, by giving an increasing importance to the present of experience, but also to the future. These three questions will be approached through several examples, resulting in particular from the history of the scientific expeditions (in particular that of Francisco Hernández) and from the learned iconography (in particular the engravings of Stradano).

About the speaker
Samir Boumediene is a historian of knowledge and the arts. He is a researcher at the CNRS with a doctorate in Modern History and currently Fellow of the Villa Medici in Rome. He published his thesis in 2016 under the title La colonisation du savoir. Une histoire des plantes médicinales du Nouveau Monde (The Colonisation of Knowledge. A History of medicinal plants in the New World).

Participants are welcome to join this hybrid event! Please note that for the live event, a Green Pass is required and that you should register by sending an email to secretary@knir.it.
For the live streaming via Zoom ⇓