Home > The Impact of Roman Imperialism in the West

The Impact of Roman Imperialism in the West

The project “The impact of Roman imperialism in the West: settlement dynamics and rural organization in Iron Age and Roman Portugal” is a landscape archaeological and ancient historical study of the westernmost area that was conquered by ancient Rome and incorporated into the Roman empire (c. 3rd-1st centuries BCE). Using a combination of new archaeological field work and digital geospatial technologies, as well as a study of previous archaeological and historiographical work, the project aims to generate new understandings of the Roman archaeology of the western Mediterranean.

Starting new collaborations between various Portuguese and other international partners for new field work, as well as building on the datasets and structures collected previously for the Italian peninsula, the project aims to move the study of Roman Portugal into the centre of the international debate on Roman imperialism in the Western and Central Mediterranean.

Particular attention is given to data collected in rural landscapes of the Italian and Iberian peninsulas that were conquered by Rome between the 3rd and 1st centuries BCE. Spatial comparative pattern analysis of these data, on a supranational scale, allows for a better understanding of the impact of the early strategies adopted by Rome to conquer new territories on her way to domination of the entire Central and Western Mediterranean world, from the Italian Peninsula to its Atlantic Portuguese fringes.

The collection and calibration of Mediterranean field survey data not only aid academic research in landscape archaeology, but also cultural heritage management in spatial planning. The digital repository of landscape archaeological data is open access and an important tool for public use. Other societal outreach activities are planned together with our international partner institutions and local authorities.

Partners: University of Évora; NOVA University of Lisbon; International Association for Classical Archaeology (AIAC). This project welcomes the participation of partners, students and scholars. If you are interested to be part of our project please get in contact with us.

Our understanding of the advent and success of Roman expansion and imperialism has made important progress in the last three decades or so. A key factor in this progress has undoubtedly been the focus on regional and local contextualisation of archaeological data, which has revealed the diversity of developments and practices in different areas within the far-flung Eurasian area dominated by Rome. This diversity of the imperial process in time and space results in a much more colourful picture than the traditional, uniformised image of the Roman world. At the same time, however, the particularly rich modern political and cultural diversity within the vast study area has also led to different ways to interpret and present the archaeological and historical evidence. Using different approaches and methods, nationally or linguistically defined schools of thought have inevitably highlighted some aspects and downplayed others.

There are several sides to this situation. On the one hand, it is challenging if the ambition is to assess actual historical differences and similarities on a larger scale throughout the Roman world. In other words, are the local idiosyncrasies that have been recognized in and highlighted from archaeological data in different areas of the Roman empire historical, or are they the effect of particular research traditions, methodologies and agendas? The issue continues to hamper comparative approaches, although it has become increasingly clear that such comparative, integrative work is what is now needed to take the next step in understanding the development and functioning of Roman imperialism.

On the other hand, this diversity of perspectives and research traditions is most certainly also a strength, as it offers from the start a rich palette of possible approaches and methods that other disciplines would envy. Engagement between different schools of thought and national research traditions can help to integrate other perspectives, theories, and methods, and thus lay the groundwork for comparative work on Mediterranean- and Eurasian-wide trends on a supranational scale. 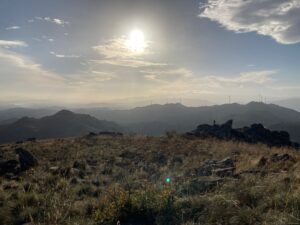 The Roman conquest of the Mediterranean areas and beyond tied together a wild variety of landscapes and pre-existing polities. It was accompanied by incisive changes in the population, socio-political organization, culture and economy between the Iron Age and the Roman imperial period. Both the character and the impact of the Roman expansion are currently hotly debated. New scholarship sheds a different light on the early phases of Roman expansion in the Italian peninsula. An important question is how these new insights relate to developments in other geographical areas and time periods. This is elemental for better understanding Mediterranean-wide processes at hand in chronological, geographical and, not the least, causal terms. With good comparative data, the evidence from the far west of the Roman empire may become especially relevant to the newly developing hypotheses about early Roman imperialism. As yet, however, transnational comparative analysis is hampered by different national research traditions and (field) methodologies.

Within Portugal, the project includes two collaborative field work projects, one in Alto Alentejo with André Carneiro and Mónica Rolo of the University of Évora, running since 2018, and a new project in Beira Interior with Tomás Cordero Ruiz, Vítor Pereira (Museu da Guarda) and Tiago Ramos of the NOVA University of Lisbon. The field work, and the associated find campaigns, focus on the rural settlement organization of newly conquered areas. 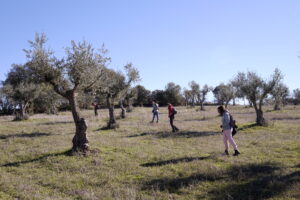 This is done by studying the settlement and land-use patterns, centuriation, roads/infrastructure as apparent from the archaeological evidence mapped by field-walking surface surveys and other non-invasive methods (e.g., geophysics, drone surveys, aerial photography, remote sensing) as well as from excavation data. Another part of the project regards the integration in GIS of previous landscape archaeological data (‘legacy data’) and its potential for integration and comparison with newer datasets from the Central and Western Mediterranean. 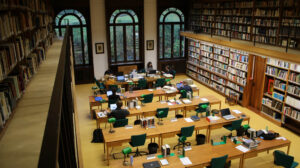 Fig. 3 The KNIR library in Rome.

The KNIR-PBCF-GIA Research Alliance provides the framework to support the transnational comparative part of the project’s research, and also the possibility for the team members to work in Rome and benefit from the uniquely rich cultural and literary resources that the Eternal City has to offer. The project is based at the Groningen Institute of Archaeology in the Netherlands and at the KNIR in Italy. Both KNIR and GIA have a long history in landscape archaeological projects and pre-Roman and Roman archaeology in the Italian peninsula. Comparative approaches to settlement trends and the linking of different field survey datasets are at the heart of these studies. The KNIR coordinates the WebGIS Fasti Online Survey platform, collecting information about field survey projects from the Italian peninsula and the wider Mediterranean, and also publishes the A journal FOLD&R (Fasti On Line Documents & Research) Archaeological Survey Series. The Research Alliance capitalizes on this concrete infrastructure as well as on the large scholarly community working on landscape archaeology and Roman imperialism in the foreign and national institutes and universities of Rome.

Two project team members, the PI Tesse Stek and postdoc Anita Casarotto, work at KNIR, whereas Tymon de Haas and Jeremia Pelgrom are based at the University of Groningen. The other (future) team members, two PhD students and a research assistant, will be based in Groningen and will visit the KNIR during various research stays. Also, workshops and research meetings of the project are planned at the KNIR, GIA and Portugal. A series of digital internships and other educational projects are also part of the program.