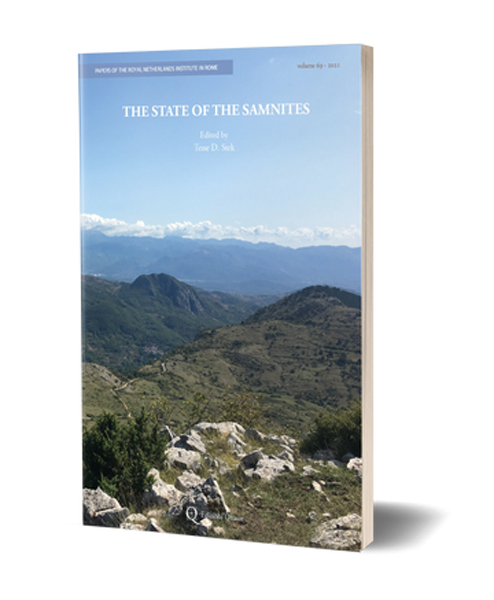 As Rome’s most notorious opponents on Italian soil, the Samnites have always occupied a special position in scholarship on ancient Italy and early Roman imperialism. The prominence of the Samnites in classical studies can be traced directly to Livy’s detailed account of the Samnite Wars. Writing centuries after the fact, Livy romantically portrays the Romans and Samnites as formidable opponents, and as almost evenly matched expansionist States. Consequently, scholars have propped up the ‘Samnite State’ by combining historical and archaeological data. However, historiographical research over the last few decades paints a different picture. Recent studies have questioned the historical role of ‘the Samnites’, and have indeed tended to deconstruct notions of strong Samnite socio-political cohesion and organizational capacity. The ultimate conclusions reached by some of the recent ‘deconstructivist’ studies are not yet uniformly accepted across different schools of thought. Especially the issues of a shared Samnite identity or socio-political organization, and the reality of Samnite military power and territorial expansion have become subject of a heated debate. However, these developing theoretical positions have remained partly isolated from a growing body of exciting new archaeological discoveries. To stimulate synergy, this volume brings together an international group of experts from different fields and backgrounds. It opens up the discussion by offering fresh viewpoints and new evidence for the political organization, social life, mountain settlement, cults and cult sites, and finally the character of Samnite and Roman expansionism.