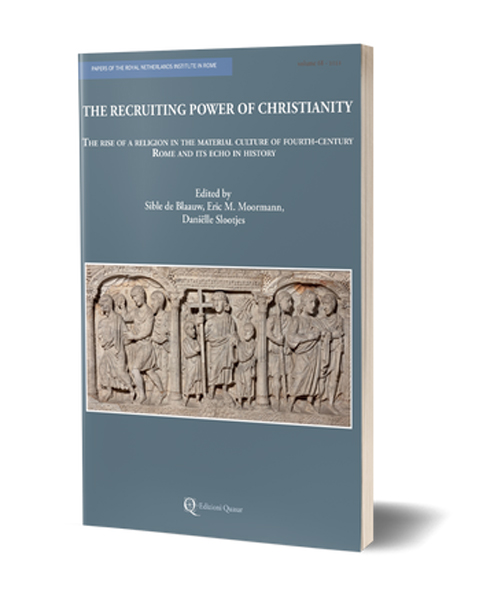 This collection of essays addresses the question of the recruiting power of Christianity within the Roman Empire, seen through the lens of the material and visual culture of the city of Rome. Its making was inspired by the exhibition Rome: The Dream of the Emperor Constantine in the De Nieuwe Kerk in Amsterdam (2015-2016). The subject ot the exhibition was the breakthrough of Christianity as the dominant religion in the heterogeneous, dynamic and multifaceted city of Rome in Late Antiquity. It raised a number of questions related to the underlying issue regarding the appeal of the Christian religion in Rome society. This volume offers an in depth discussion of these questions by various experts. The subjects covered are: