I work as an ancient historian at the Institute of History at Leiden University in the Netherlands, where I teach and do research in the field of Roman social history of the Early Empire and Late Antiquity. My publications range from local elites and social structure, to migration and mobility, and to political culture. I have always been interested in the way texts functioned in ancient society, and in the question how we, as historians, can employ them to analyse ancient communal life. Much of my work can be placed at the intersection of Roman social history and documentary texts.

My present research project stands in that same line of inquiry. During my stay in Rome, I intend to complete a monograph on which I have been working for a number of years together with dr. Rolf Tybout, a Greek epigrapher. Its working title is The World of the Greek Epigrams. A Socio-Cultural Study of Funerary Inscriptions, 3rd cent. B.C. – 3rd cent. A.D. It concerns a study based on Greek funerary epigrams preserved on stone dating from the Hellenistic and Roman period. Epigrams consist of short inscriptions in verse. Hundreds of such commemorative poems survive from all over the Greco-Roman world, including the city of Rome, and the majority dates to the period of the Principate. In the ancient world, funerary inscriptions were much more relational, communicative, and performative than nowadays: as people entered or left the city, they encountered series of texts and monuments along the road that almost literally spoke to them and made claims about the deceased and their commemorators. Funerary epigrams can therefore be read as a form of self-representation which take major life events of the individuals who were commemorated as basis.

The funerary epigrams have usually been studied from a literary perspective. However, compared to the high poetry of the literary epigrams preserved in the manuscript tradition, many stone epigrams read like sub-standard Sinterklaasgedichten or Candlelight Poetry. The Greek often contains errors in spelling and grammar, the metre is faulty, and its imagery is conventional and banal. We claim a different starting point is more fruitful: it is socially highly significant that large parts of urban populations engaged in this type of public writing, even when they had not fully mastered its rules. By sharing in what might be called the epigrammic habit the authors positioned themselves as participants in a form of paideia; which, especially in response to Roman rule, became important to demarcate Greek collective identity. In our monograph we aim to explore the ways the composers of the epigrams constructed their world and positioned themselves within urban society. 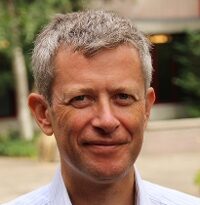