Konrad Ottenheym is professor of architectural history at Utrecht University, The Netherlands, and member of the Royal Dutch Academy of Sciences. He is a specialist on Dutch seventeenth-century architecture, its sources in the Italian renaissance and its influence in Europe. He is author of various monographs on Dutch architects of the Golden Age, Philips Vingboons, Pieter Post and Jacob van Campen, as well as on the influence of Italian architectural treatises in seventeenth-century Dutch architecture. He has cooperated in the English editions (Architectura et Natura Publishers, 2004 and 2007) of Vincenzo Scamozzi’s treatise L’Idea della architettura universale, the main handbook on classical design theories in seventeenth-century Holland. He is coauthor with Krista De Jonge (Belgium) of Unity and Discontinuity, Architectural Relationships between the Southern and Northern Low Countries 1530-1700 (Brepols Publishers, 2007) on the migration of architects and architectural ideas and models from the Low Countries through Europe. In 2013 they published The Low Countries at the Cross Roads. Netherlandish Architecture as an Export Product in Early Modern Europe (1480-1680), a book on the contributions of Netherlandish architects and sculptors to the architecture elsewhere in Europe in the sixteenth and seventeenth century. Currently he is preparing a comparative study on the reception of the former Roman limes in Early Modern architecture (across Europe and the Maghreb).

In 2010-2015 he participated at the ESF networking program PALATIUM on residential architecture in early modern Europe (www.courtresidences.eu). In 2014-2016 together with Karl Enenkel (Univ. of Münster, Germany) he chaired the reserach program ‘The Quest for an Appropriate Past.Literature, Architecture, Art and the Creation of National Identities in Early Modern Europe (c.1400–1700)’, financed by the Dutch Royal Academy of Arts and Sciences. Published in november 2018 by Brill (Intersections Series no.60), available in open access. 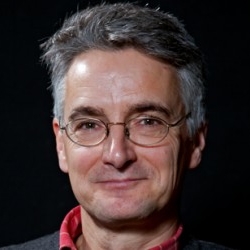