Marijke van Warmerdam is the KNIR Artist-in-Residence from mid September till mid December 2017, in a residency program generously supported by the Akademie van Kunsten at the Dutch Royal Academy of the Arts and Sciences (KNAW). As KNIR artist-in-residence filmmaker Van Warmerdam will contribute to the creativity fostered in the scholarly community at the Royal Netherlands Institute in Rome, and stimulate crossover thinking between scholars and artists.

Marijke van Warmerdam (1959) first garnered international attention at the Venice Biennial in 1995 with her short film loops portraying the beauty in simple movements and everyday actions. Although she utilizes a variety of media including photography, sculpture, and sound installations, she is best known for her short, looped films. Marijke van Warmerdam does not tell stories in her works, but relies on the visual power of the motif: a hat dancing in the wind, a drop of milk slowly dissolving in a glass of water or a girl doing a handstand. She makes use of image constructions – such as dramatic shifts of scale, doubling, reflection, rhythmic repetition, or surprising juxtapositions – which provide an open and unexpected perspective. In doing so, she draws attention to the beauty of trivialities.

Marijke van Warmerdam has participated in numerous international exhibitions, such as the Sydney, Berlin, Gwangju, and Venice Biennales, and Documenta X. She has had major solo exhibitions at the Van Abbemuseum in Eindhoven, the ICA in Boston, and MAC in Marseille. A retrospective of her work has been shown at Museum Boijmans Van Beuningen in Rotterdam, Serralves Museum of Contemporary Art in Porto and the Kunsthalle Düsseldorf. Her latest museum show Time is ticking was hosted by The State Hermitage Museum in St. Petersburg, Russia. She is a regular advisor at the Rijksakademie van beeldende kunsten in Amsterdam and Professor of Art at the Staatliche Akademie der Bildenden Künste in Karlsruhe.

As one of The Netherlands’ leading artists, in 2015 Marijke van Warmerdam was portrayed in the series Dutch Masters of the 21th Century by Marjoleine Boonstra. 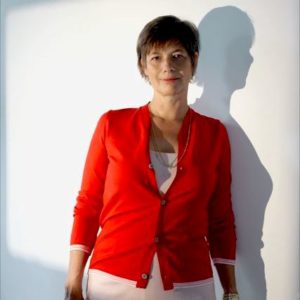