Life-changing journeys to Rome: Affective Piety in North-western European Pilgrimage between the Fourteenth and Sixteenth Century. 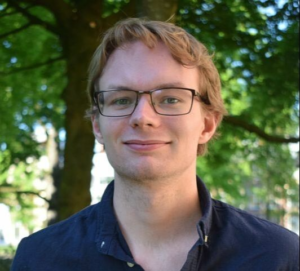 My project will investigate the life-changing nature of pilgrimage as an European-wide phenomenon and how this phenomenon relates to emotions. Central to the project will be the North-western European pilgrims to Rome in the late medieval period (1300-1550). In this period, ideally, life was perceived as a journey to God and should change people from being sinners to pious people. Performing an actual pilgrimage was the realisation of this yearning. This approach to pilgrimage is in line with the studies of influential cultural anthropologists who describe pilgrimages as life-changing or self-transformative events. How such self-transformations are realised and what role trained emotions play in this process, remains, for now, understudied. Affective piety, as trained emotions are called in the literature, is the evoking and experiencing of specific feelings in order to come closer to God. Studies that address the relationship between pilgrimage and religious feelings tend to focus mostly on the formal ritual context and prescribed emotions at the shrine. In contrast, my research will also include the actual practices and experiences of pilgrims and studies how these actually evoked feelings informed the process of self-transformation they sought. In the end, I attempt to answer questions about which emotions were used in these processes, how they differ between the several source genres, and which further implications this had for life (change) and society in the late medieval period.

In the Fall of 2020, Karst Schuil visited the KNIR to write his PhD-project proposal Life-changing journeys to Rome.