Home > Evenementen > KNIR Colloquium: “Us versus Them”

KNIR Colloquium: “Us versus Them”

This KNIR Colloquium is a joint initiative of dr. Maria Bonaria Urban (KNIR), dr. Monica Jansen and dr. Reindert Dhondt (Utrecht University), and explores the role of Europe’s fascist and far-right legacies in shaping models of authoritarian government and dictatorship in a global world where populism is on the rise.

This KNIR Colloquium explores the role of Europe’s fascist and far-right legacies in shaping models of authoritarian government and leadership in a globalised world, where right-wing as well as left-wing populism is on the rise. The focus will be on the way cultural artefacts and practices create and mediate images and narratives of fascism(s) and populism(s) in the twentieth and twenty-first centuries. Both institutionalised and grassroots forms of remediation and memorialisation can contribute to an oppositional and essentialist ‘us’ against ‘them’ logic, which excludes the marginalised Other from the norms and values of the majority group. More specifically, this colloquium aims to question the frameworks of nationalist and populist discourses in the transnational context of increased mobilities and connections between Europe’s centre and the margins of Latin America. To quote Federico Finchelstein, on the necessity to decentre the history of populism and fascism by taking into account its transcontextual – in particular Latin American – connections: “the center can be seen more clearly from the margins” (From Fascism to Populism in History, 2017: 125).

In order to answer these questions the colloquium will address the following three questions:
(1) how do the legacies of fascism(s)/populism(s) contribute to shaping an image of the ‘enemy’ in political discourse, social media and cultural practices?
(2) how, from a transatlantic perspective, are the images of migration and cosmopolitanism reshaped in fascist/populist discourses and media?
(3) how is the fascist/populist use of concepts such as gender, ethnicity and class instrumental in spreading discourses of fear and purity, and in enhancing practices of exploitation, exclusion and persecution?
Our purpose is to address these topics from an interdisciplinary point of view. In doing so, we aim to bring together international experts working on memory, politics and culture, and with a strong focus on (anti-)far-right movements in Europe and Latin America. Furthermore, this international colloquium aims to foster the exchange of ideas between senior and junior researchers working on fascism(s) and populism(s) from a transnational perspective. 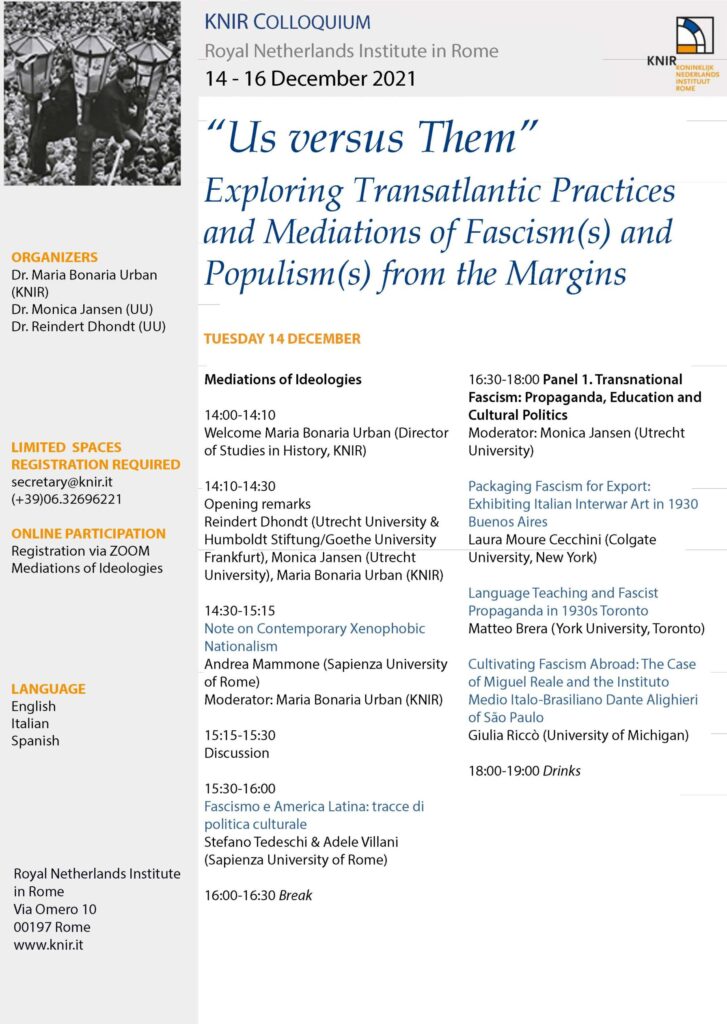 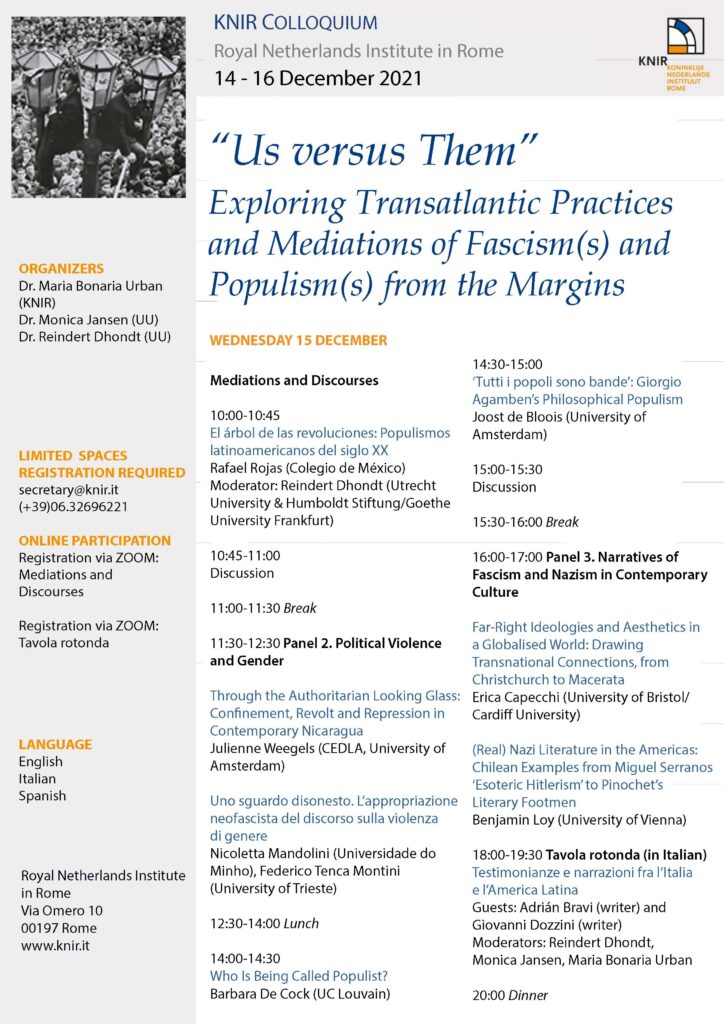 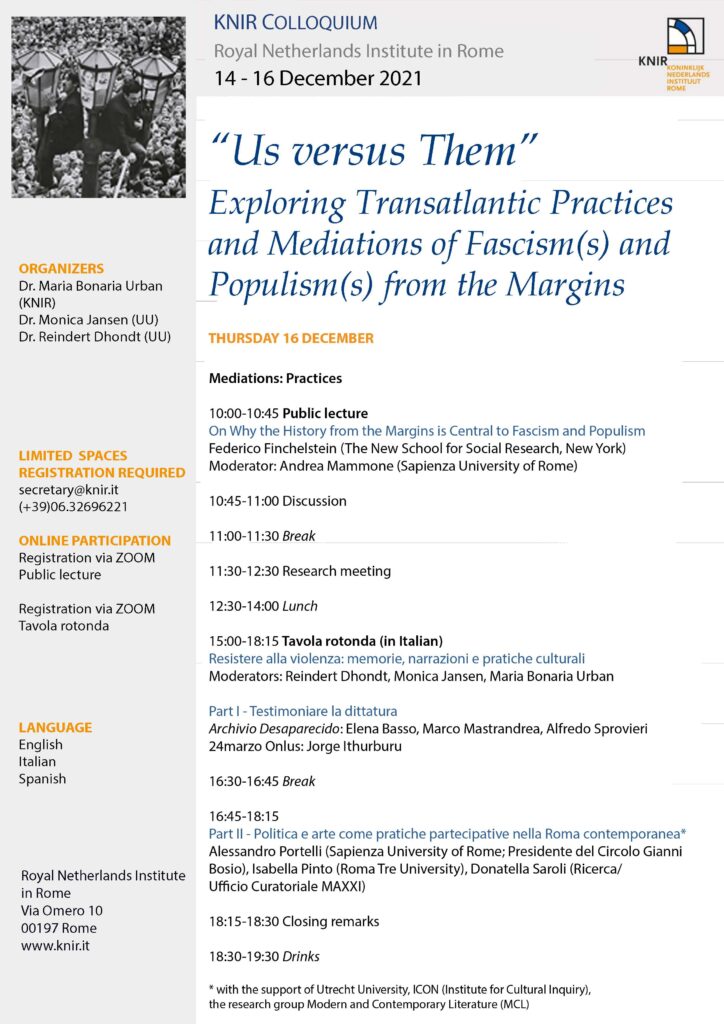