Warja Tolstoj (Leiden University), winner of the 2021 edition of the Ted Meijerprijs, has spent the last month at the KNIR, deepening her research on the construction of institutional religious identity and the production of the sacred in Late Medieval and Early Modern Rome.

In her RMa thesis “Domine Quo Vadis: Appropriation, Veneration and Fabrication, Traces of the Divine”, Warja used the relic of Christ’s footsteps in the Chiesa del Domine Quo Vadis (a copy of an ancient Roman ex-voto) as a case study to investigate the reproduction and reuse of sacred objects in Early Modern Rome. She is intrigued by questions as: can we consider such re-productions as a production of the sacred and if so, what does this mean for the religious value of the relic, the credibility of the site of veneration, and, in the case of relics related to Saint Peter, for the authority of the Catholic Church in Rome?

Named after the former director of the KNIR, the Ted Meijer prize is awarded yearly to the best MA/ReMa thesis or PhD in the Humanities. 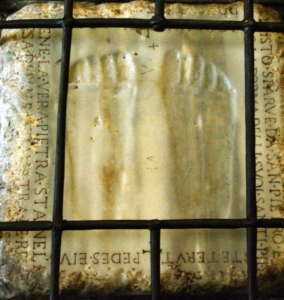 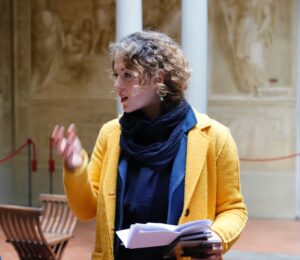