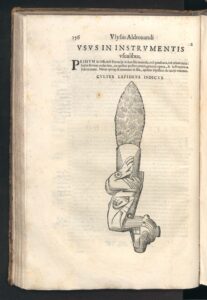 Workshop: An Archaeology of the “Etruscan Revival”
6 dicembre 2022
The Assimilation of Mesoamerican Gods in a Visual Theory of Religion. From the Codex Vat. Lat. 3738 to the Work of Lorenzo Pignoria
25 gennaio 2023
Workshop: Visualising Global, Local and Glocal in Roman Archaeology
3 febbraio 2023