Anna van der Weij is a PhD candidate at Utrecht University within the interdisciplinary project Constructing the Limes. Her research focuses on the functioning of the border area around the Lower Germanic limes, from the Northern Netherlands to Northern France, during the Roman Empire. She is interested in the impact of the inhabitants on the landscape and vice versa and studies, among other things, religious and burial practices. Her broader research interests include Roman religion, archaeology and cultural history of the Roman Imperial era.
She participated in the following KNIR courses: Coinage and Identity (2015) and Latin Epigraphy (2016). 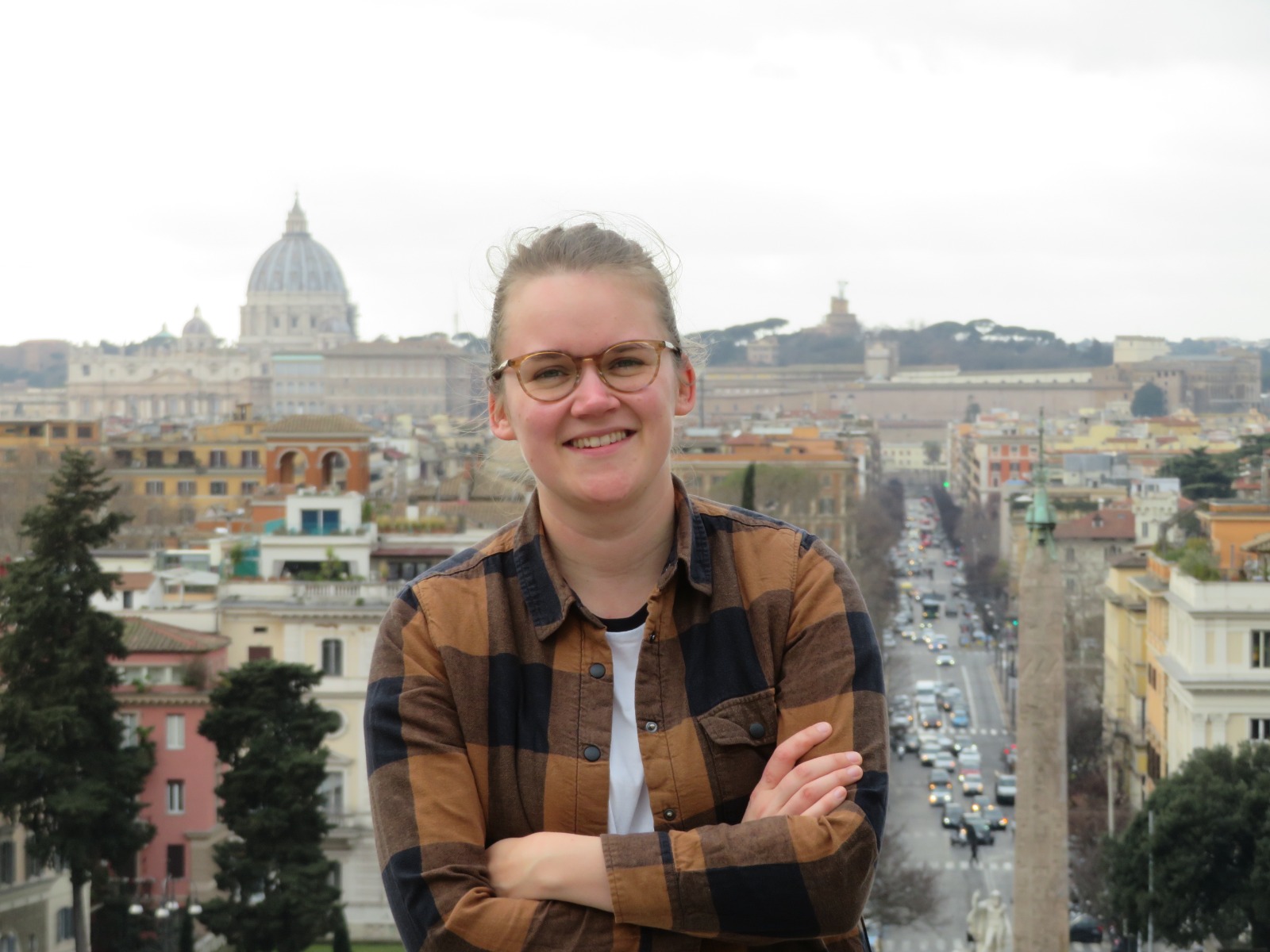